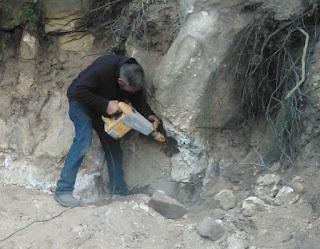 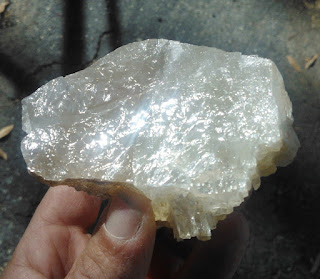 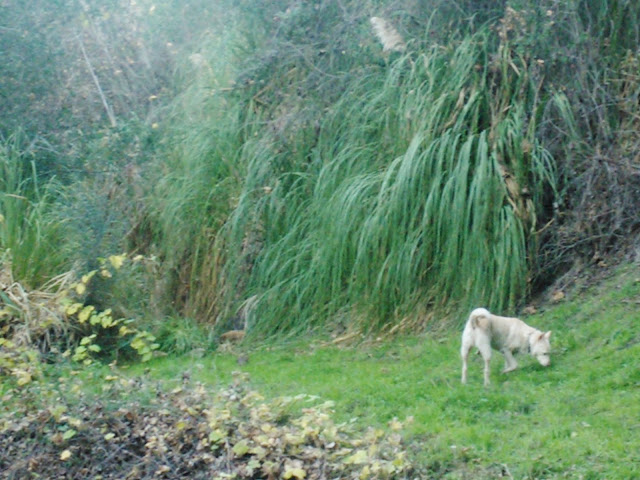 For the continuing adventures of Sesame Pooch and the Temple of Jargoon (jargoon is a pale variety of zircon and this is a word play on The Temple of Doom), please check out my new blog location: http://landofstrange.com/blog/ .  These particular photos are from my post Journey to the Pegmatite Mine: http://landofstrange.com/journey-to-the-pegmatite-mine/ .  I will be posting all my new happenings there on my new blog, some rockhounding and gemstone related stories and some shop related stories.  And of course always some Sesame Pooch related stories!   I hope to see you all again soon!  :-)  -Eva


A spur of of the moment decision, we visited an old copper mining area in San Marcos, California called Copper Creek.  Walking through chaparral trails and then through soggy riparian areas, we saw many new kinds of plants but strangely not a single poison oak bush was to be found.  Usually they thrive in such conditions but not here. 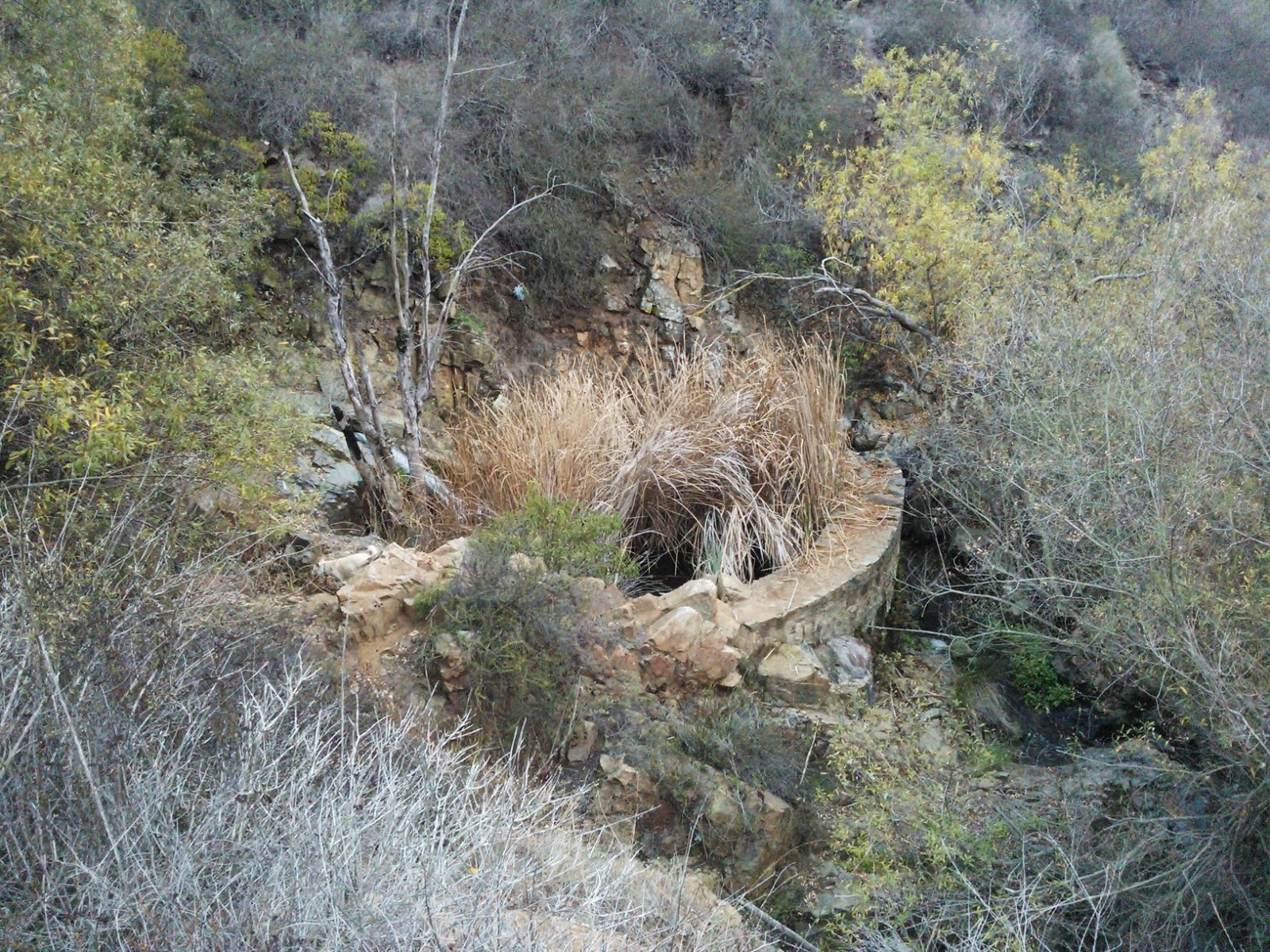 First the dirt was an ordinary brown grey color, but then it became rusty red (first photo) until finally becoming stained green, all because of native copper in the soil.  A gentle river meandered through the steep canyon walls and we crossed many small wood plank foot bridges on our way.  Copper ore is known to make beautiful green or blue rocks and that was what we wanted to see! 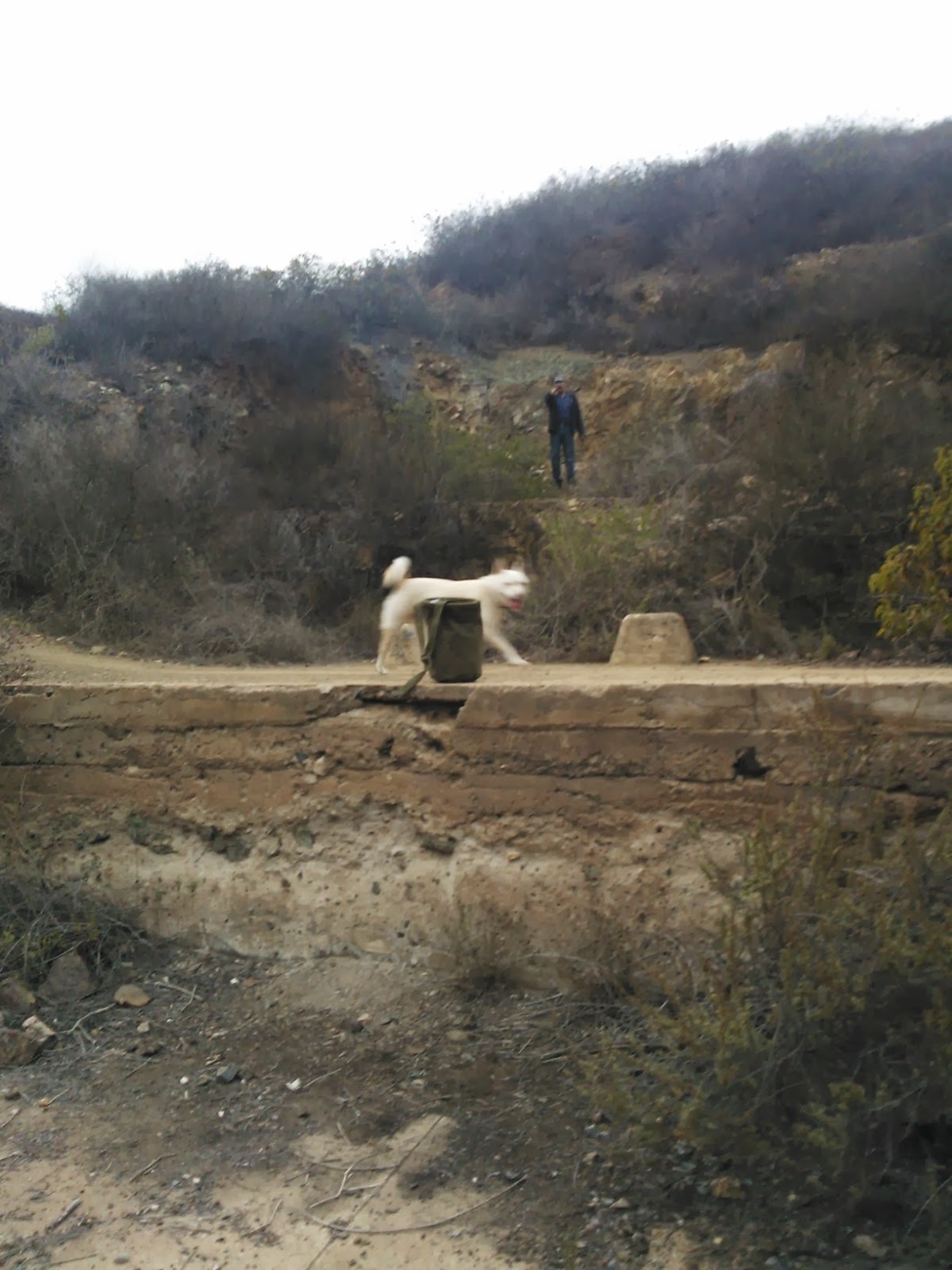 The mining itself was done in the late 1800s with considerable infrastructure being built, including a large rounded dam (see second photo), road improvements, and large platforms to station the highliner and equipment to ferry the ore to the main road.  The platforms were made using local rock, the cement of the time, and sections of metal cable instead of rebar.  Over a hundred years later, the platforms are still in good condition! 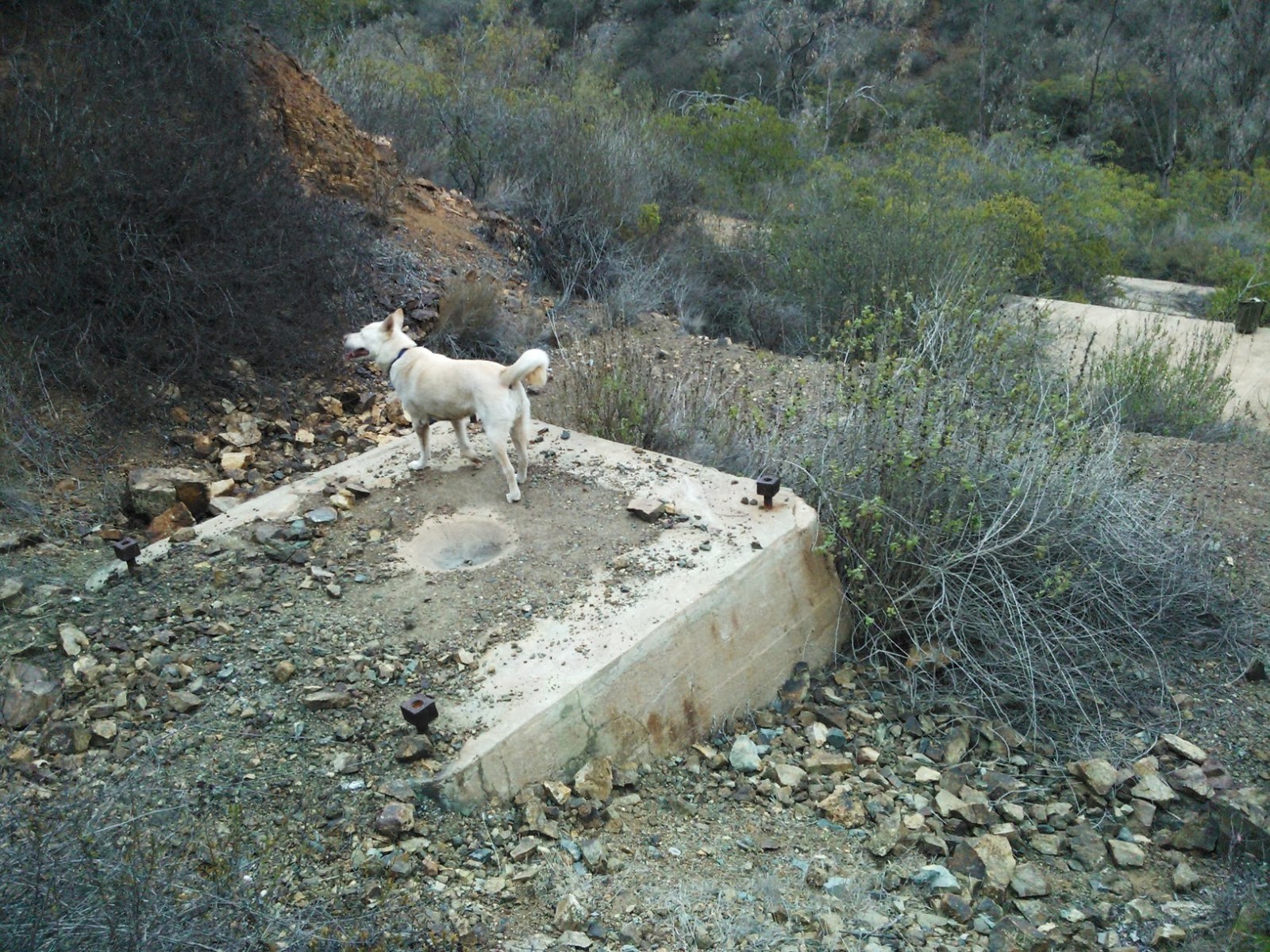 Throughout the hillsides, small diggings, strewn rock tailings, and green stained rocks were evident.  Just above the platforms, an apparent spill zone from the ore carts showed us what they were likely after, green crumbly dirt clods of copper ore, easy to mine and easy to extract the ore from, because they were so soft.  That same softness meant that the pretty green rocks would have no use for jewelry or collection but they did give the countryside an interesting flare.  Many years previously, I had visited this same area and one of our party at that time was able to find an area where small nodules of natural copper lay on top of the soil in their more pure copper metal state, but after so much time, I was unable to remember where or know if they were still there. 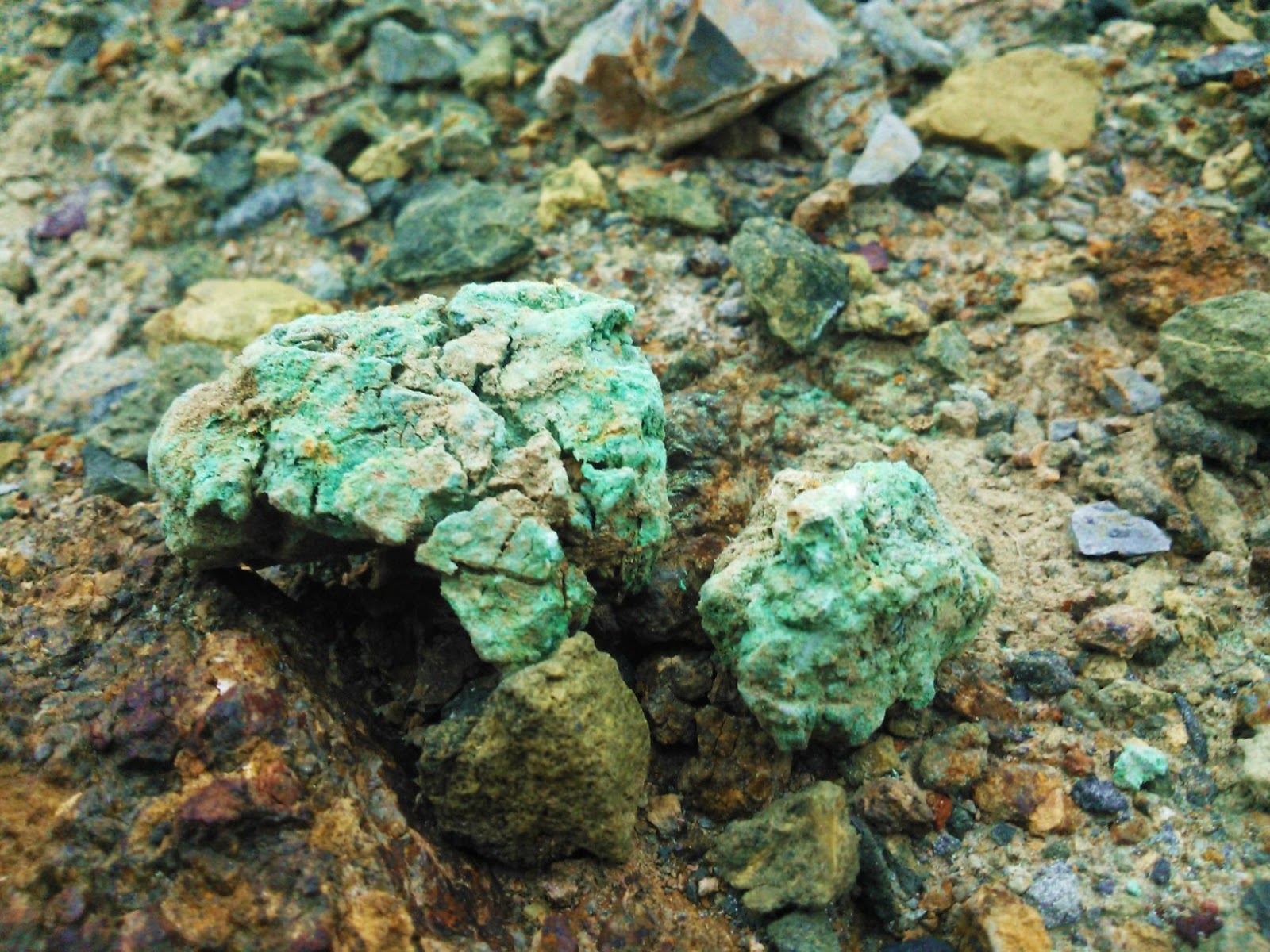 After many hours of hiking, stumbling around piles of strewn rock, and picking carefully over slippery river outcroppings, Sesame Pooch had investigated every nook and cranny and was able to finagle her way into all but one of the photos.  Not another soul was seen all day, probably because everyone else was home watching the super bowl.  But soon darkness was on us and we had to high tail it on the long walk back to the car. 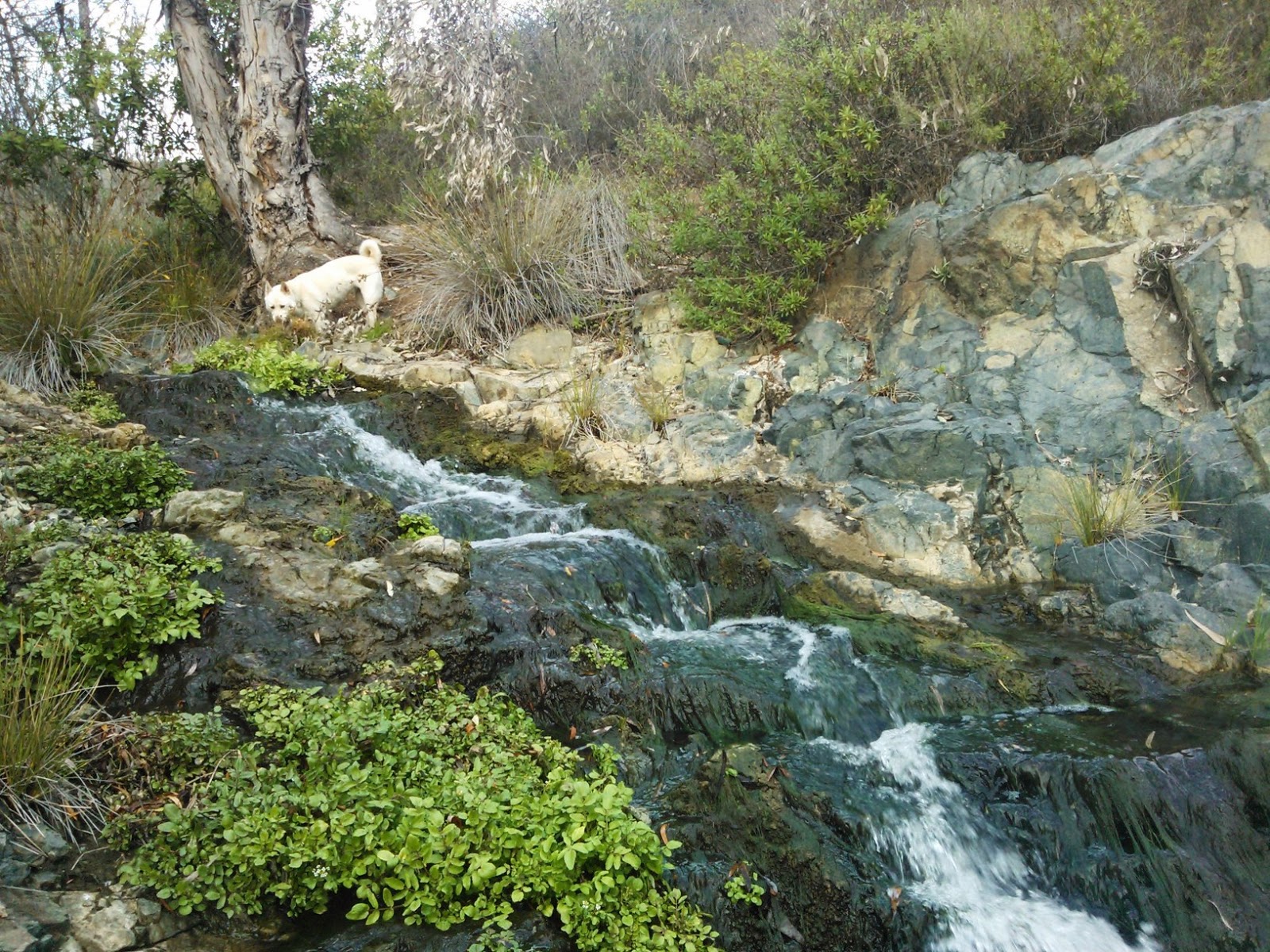 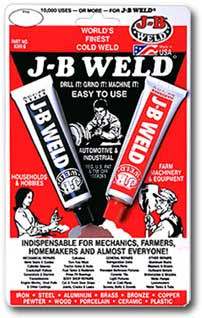 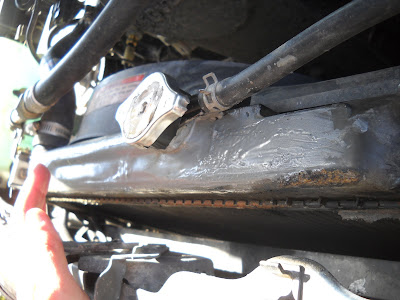 Here's a picture looking down on the the top of Dave's radiator covered in the grey sealant. He made this repair about 6 months ago. Eventually, he does hope to replace the entire radiator, but only because he considers the old plastic of such an old radiator to be unreliable in general and it could spring a leak in another area next.
Posted by Eva at 7:50 AM No comments: 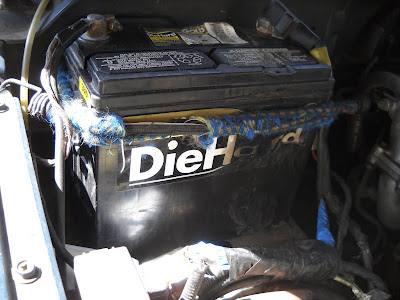 But the funniest part was the response to the event from one of his passengers who had been complaining about Dave's driving speed. Just as the flames were put out, all he had to say was, "See I TOLD you that you shouldn't drive so fast!"
Posted by Eva at 9:43 PM No comments: