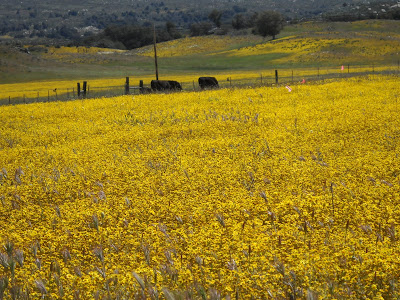 Fields and acres of short yellow flowers covered the lower cow pocked hillsides as we headed North and East towards the Montezuma gold mining district. Higher up the mountain, light swirls and dustings of Styrofoam sleet balls sprinkled my hair as we searched, a biting chill wind testing my bones, but not quite enough falling ice to actually accumulate on the ground. We've taken this road to Montezuma many times before, but we have yet to explore all the region has to offer. 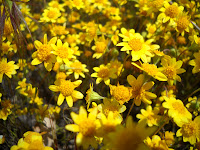 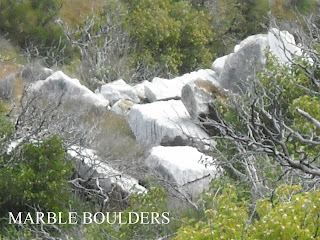 Along one dirt road, car sized blocks of pure glistening white marble can easily be seen. This area was once mined for marble but now only crumbling blocks of cement foundations remain in places where the marble blocks were once slid along cables to the main road. 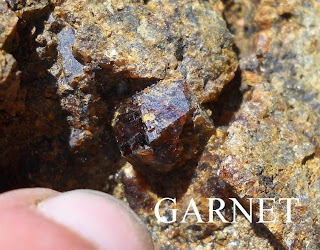 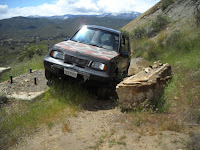 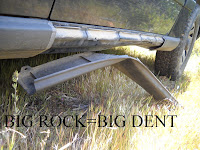 In this same area, we often find small garnets. Recently, Dave found a nice pocket of large garnets and aquamarines, but this area is fickle. You might find a decent pocket right away or you might dig for hours and days and not find another. Today, we found very little other than a few very small garnets, one of which you can see in the photo. 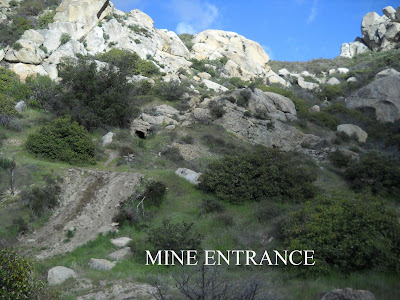 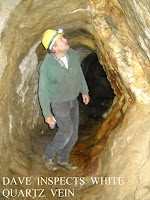 Driving along one of the smaller brush covered paths, Dave also found a very large boulder hidden among the weeds which managed to apply a very large dent to the right underside of his jeep, just under the passenger side door. It also tore off a chunk of plastic moulding that was left to dangle precariously. But the damage looked to be all aesthetic, so we pressed on through the high shrubs. 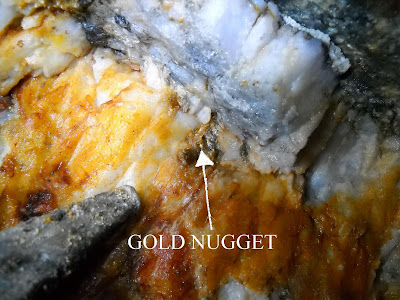 Later in the day, the sun broke through the clouds, dissipating the sleet, and we drove to an area where many old gold mine tunnels can be found. And we were sure to explore as many as we could. The first one was entirely flooded, the water actually spilling out along the road and into a small river. We surmised that the excavation there probably opened a small spring that may run all year around, feeding the river beside it. 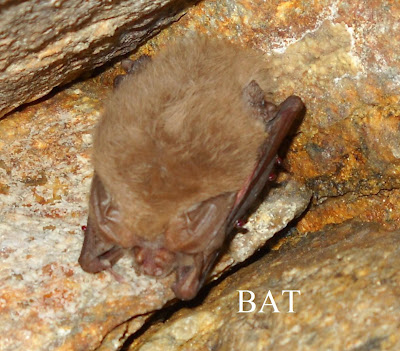 However, other mine entrances were higher and drier. In the photo, you can see Dave inspecting a large vein of white quartz inside one of the mine tunnels and in another photo, you can see a closeup of one tiny gold nugget present right there in the mine wall quartz (click on photo for larger view). Yes, squint very hard, it's that tiny speck! As often happens, the gold was present in areas of white quartz that had heavy iron staining (that reddish color on the quartz) and also dark almost bluish staining that indicates presence of other metals. Dave did his best to collect what nuggets he saw and those that did not accidentally fall onto the mine floor and become lost with the other dirt and rock have ended up in a small baggie for later inspection. 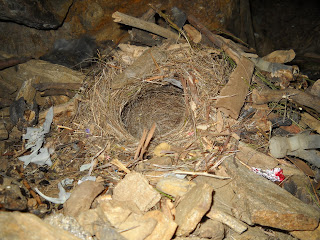 Many of the mines have preexisting denizens like rats that weave large nests from dried grasses, and bats that cling onto the walls and ceiling waiting for dusk to start their activities. As I zoomed in for a photo of one of the bats, my head brushing against the ceiling as I did so, I suddenly felt a small tickle on my ear and I jumped back, only to realize it was just Dave tickling my ear and not an actual bat. He was trying to mess with me and I guess he succeeded! 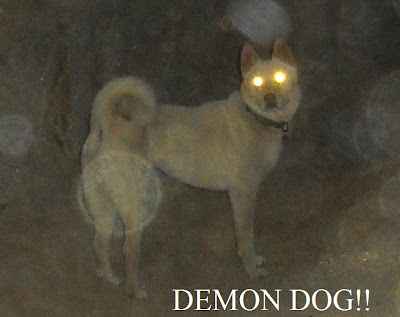 Bare in mind that all of these mine tunnels were pitch black inside. We all had small flashlights but for the most part, I could see very little. In order to take photos, I would just point and click and only later find out what showed up in the flash of light generated by the camera flash. Therefore, I was rather surprised in one flash photo to see that Sesame Pooch had turned into a glowing demon eyed chupacabra dog! But I guess she needed those x ray eyes to so blithely stroll around inside the mines with us, even though any other smart and sane dog would have had common sense enough to wait outside instead. I would have been nervous of her potentially falling into a vertical shaft, but some of us had been in these mines some years earlier, so we knew there were no dangerous drop offs present. 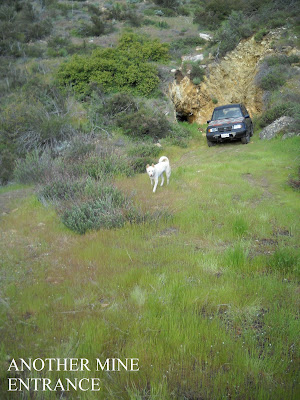 In the demon dog mine, the camera also found many orbs which are round circle things that seem to float in the air and usually only show up in camera photos. Orbs are either specks of dust or evidence of ghosts, depending on who you ask, but for whatever reason, there were hundreds of orbs in almost all photos from that one demon dog mine, but none appeared in any photos from any of the other mines. You can see some of the orbs in the demon dog photo.

Overall, the day was fun and the scenery beautiful. I even enjoyed the sleet as, being a California girl, I see such a thing only very rarely, and it did not interfere with our rock hunt. However, we did not find much take home rock this day. I guess I will just have to instead work on the tons I already have in my front yard!
Posted by Eva at 8:57 PM