The Searchers at Chuckwalla Springs Day 1 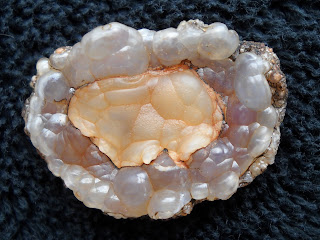 California poppies painted the hillsides gold as I drove North and then East towards the California/Arizona border. My destination was Chuckwalla Springs, a collecting site known for agate and saginite, among other things. I arrived Friday afternoon. Several trailers were already present at the campsite but their occupants were already out in 4wds looking for rocks, so I made myself busy scouting the surrounding areas for whatever could be found. The area proved to contain a smattering of agate, quartz, twisted desert roses, and Drusy quartz. 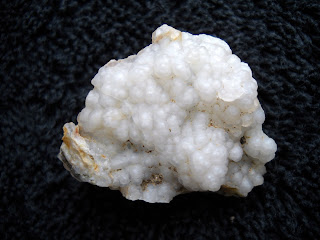 Picking up clean white sparkling Drusy quartz and weirdly twisted agate is always on my agenda and I found several nice pieces. I also was surprised to stumble on what looked at first to be a giant weirdly puffed up cow patty, but upon cautious nudging with my foot, I realized it was in fact actually made out of wood. I immediately hauled it back to the truck on my shoulder. That weird thing was definitely coming home with me! 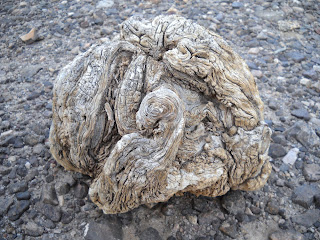 Later, I returned to the area and walked further to find a large gnarled and dead tree that may have originally spawned the cow patty wood. If I had to hazard a guess, I would say the tree had been afflicted with some kind of illness that caused the bulges, before it finally died. However, even its corpse made an awesome picture with Sesame Pooch posed in front. Unfortunately, I had neglected to take my camera so I had to walk a half mile back to the truck to retrieve it and then a half mile back in order to get the picture. Never walk off without a camera! (And a rock hammer of course!) 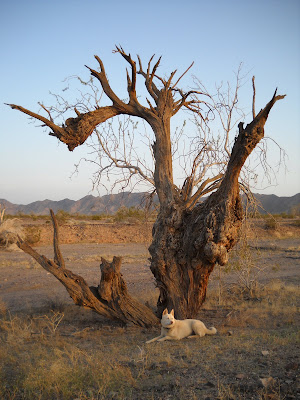 That night, campers continued to trickle in to the campsite for the next day's field trip which was officially run by the Searchers rock club, but also had members from other clubs. The Searchers are a very active and dynamic club with many field trips and members from all over the country. We had a nice campfire before retiring to perfectly comfortable camping weather, neither too hot nor too cold for a good night's sleep. And we would prove to need all our energies for the activities of the next day! 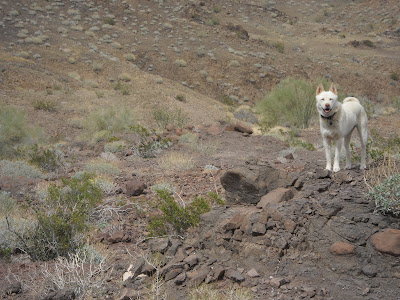